my winding road to a simpler life

At our house, each of us has a plastic bin labeled “keepsakes” which we keep on a shelf in our basement.  Periodically, I revisit my stash of old birthday cards, letters, and other mementos so that I can weed out the items which no longer pull at my heartstrings.  This takes time.  Once I open the bin, I get lost reading old letters (yes, actual snail mail) and reminiscing.  It is interesting to spend time getting reacquainted with my 15-year-old or 21-year-old self.  I enjoy having letters to reread, but I don’t feel that I have to keep them all.  Letting go of letters and newspaper articles won’t magically erase those events from having happened to me, right?  Of course not!  After about an hour of sorting through my sentimental papers, I was able to toss a great pile into the recycling bin. 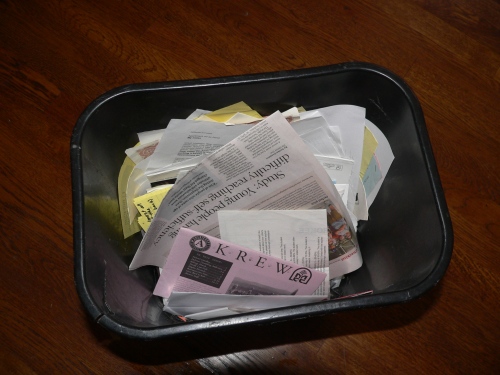 I even threw out a journal (big step for me).  Oh, did I forget to mention that I have an entire separate bin of journals?  What I was able to do was downsize my two boxes into one keepsake/journal bin. 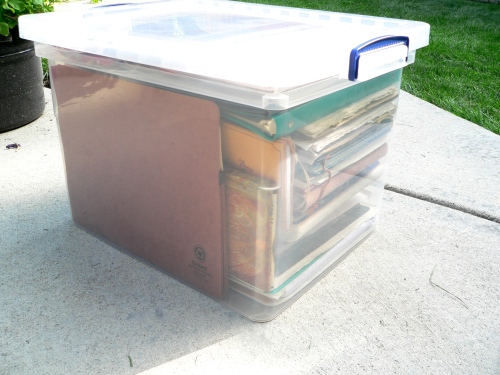 what I kept (for now)

Seeing my efforts, Dan was moved to grab his own keepsake box.  As soon as he started going through the box, a light bulb went on.  As he pulled items out, he said, “Why have I been holding on to this?  It’s just taking up space!”  Some papers and photos were scanned before being thrown out, but most were mercilessly tossed.  This wasn’t a tormenting effort for him.  This was not an exercise in deprivation.  It was an epiphany that his memories were never contained in those physical objects.  He smiled as he worked.  He was practically glowing.  When I asked him what his thoughts were….what was motivating him, he replied, “Every time I let something go, I feel freer.”  For each thing he let go of, he was moved by the freedom to not have to think about it anymore.  He said, “I know it’s one less thing I’m going to have to worry about for the rest of my life.”  He no longer needs a keepsake box.  What remains fits neatly into his night stand drawer.  I’m not there yet, but I’m not finished either. 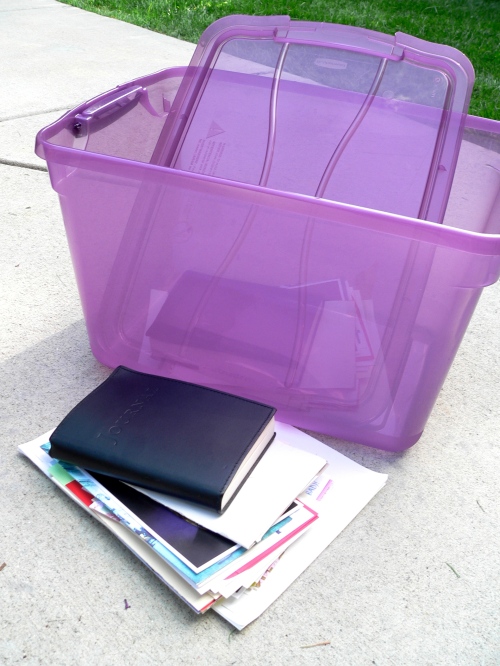